PROTEI Ltd. has completed a major project in Iraq, with the deployment of the PROTEI GLR (Gateway Location Register) platform for local mobile operator Asiacell (Qtel) in the city of Sulaymaniyah.

Asicell, the first and largest mobile network operator in Iraq, has been in the country since 1999 and today has a subscriber base of nine million. That number is constantly growing, but so too is competition on the Iraqi mobile services market, especially in the high-value roaming services sector.

The operator required a state of the art system that would enable it to increase the number of roaming subscribers in the network while reducing signalling traffic. The GLR platform from PROTEI proved to be exactly the system the Iraqi operator needed. This deployment was made by PROTEI international team from PROTEI HQ and PROTEI MENA branch, Silat Solutions.

The PROTEI GLR (Gateway Location Register) roaming platform acts as a link between the VLR and/or SGSN and HLR. It is designed to optimise signalling traffic processing in roaming.

The GLR system saves inbound roamers' profile information on initial registration and subsequently provides this information in response to any query from the VLR. This significantly reduces the need to query HPLMN elements and greatly reduces risks that could lead to the loss of a client.

The system deployed in Iraq enables the operator to increase the number of roaming subscribers in the network by improving the registration procedure. At the same time it reduces signalling traffic expenditure by reducing the number of signalling units transmitted on roaming channels.

A similar roaming platform was previously installed in the Jordanian mobile network Umniah, where it has proven its reliability and low cost of ownership under real operating conditions.

The successful project in Iraq for Asiacell is another step in PROTEI's overseas business development. Our engineers gained invaluable experience working with our colleagues at Asiacell, and both companies look forward to continued cooperation in the field of roaming solutions and service platforms. 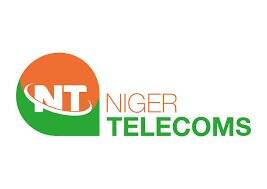 PROTEI and GABS Telecommunications, a System integrator in Malaysia, have jointly completed a network modernization contract for Niger Telecom.

PROTEI will help to stop COVID-19

Informing the population about precautions, opening of "hot" lines and using of innovative tools for incoming data analysis are important factors i